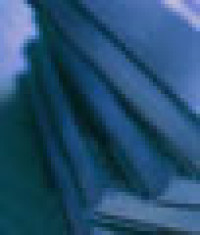 In the years between 1930 and 1980, some of the best-known photographers from around the world came to London and made its streets, buildings and communities their subject. For some, the British capital was to become home; for others it remained a foreign city, as enigmatic perhaps as any they had visited. Each brought their own distinctive perspective,subverting or perpetuating national stereotypes, seeking out the typical or the exotic, attempting to penetrate the fabled British reserve with their lens. Together their work creates a portrait of a great world city, changing and mutating, a restless and fascinating muse. This remarkable book, accompanying a major exhibition at Tate Britain in London\'s Olympic year, demonstrates the breadth and variety of the responses London provoked ... from visiting photographers during the period, from portraits to reportage, from social realism to whimsy and humour, the changes in their technique and attitude demonstrating developments in photography itself. Essays by selected critics will address both the photographers\' contributions and the history of London. Artists represented feature some of the greatest names in twentieth century photography, including Eve Arnold, Dorothy Bohm, Bill Brandt, Henri-Cartier Bresson, Bruce Davidson, Elliot Erwitt, Robert Frank, Leonard Freed, Emil Hoppe,Inge Morath, Dora Maar, Irving Penn, Willy Ronis and Al Vandenberg.